Stereophonics at The Troxy 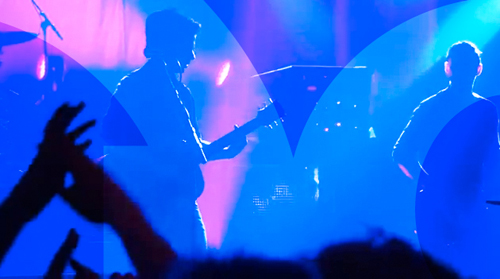 Stereophonics signed off the year with a superb evenings entertainment at the Troxy. Supported by Gaz Coones from Supergrass the crowd were warmed up with a selection of chart hits including ‘moving’.

The venue, small but inviting delivered tight, clean acoustics and did not have the cavernous feel of some of London’s larger arenas.
Opening classics such as ‘Bartender and The Thief’ and ‘1000 Trees’ set the tempo for an enjoyable evening ahead.
With a back catalogue of over 16 years the crowd was spoilt for choice, but the poignant lyrics ‘it only takes one tree to make a thousand matches, it only takes one match to burn a thousand trees’ rung out through the crowd.

Frontman Kelly Jones delivered his trademark vocals and the band delivered a staple diet of earlier tracks to punctuate the evening. Songs such as ‘Superman’ (from Language. Sex.Violence Other album) and Mr Writer and ‘Pick a Part’ proved to be some of the evenings favourites. The crowd responded well to some of the newer tracks and a couple of new releases such as ‘Indian Summer’ and the darker ‘In a Moment’ will hopefully be doing well in 2013.

A number of tracks from their second album ‘Performance and Coktails epitomised the charisma and spirit of the band with great all round performances from Adam Zindini and Richard Jones together with new drummer Jamie Morrison.
As the band re-emerged later in the evening to play ‘Violins and Tambourines’ Traffic and Dakota they almost lifted the roof off the venue such was the huge popularity of these classics! As for the evening as a whole, hugely entertaining and thoroughly deserving of the crowd appreciation! Well done lads, Great stuff!